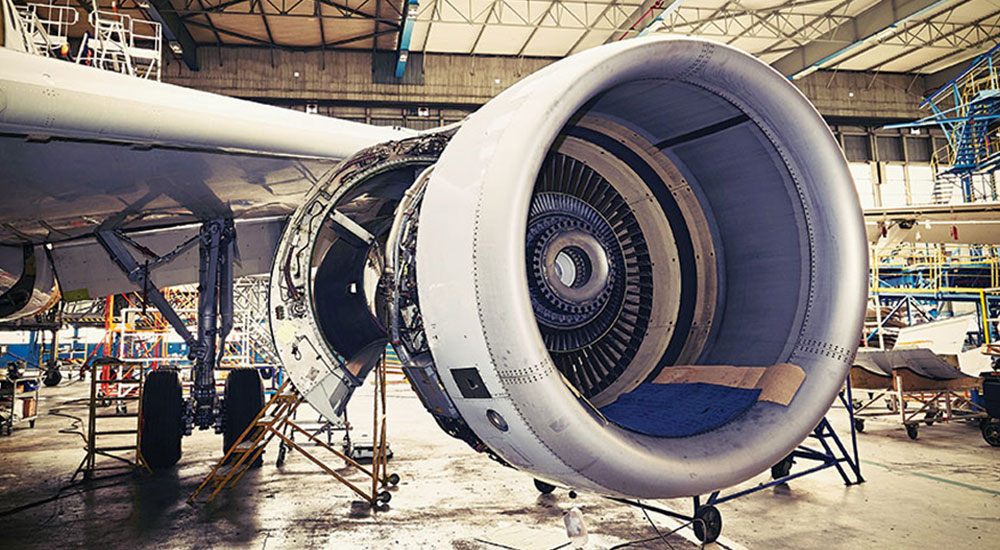 Hattargi has no railway station nearby. Most of the rural folks in this hilly hamlet in Belagavi, Karnataka haven’t yet seen the State capital Bengaluru, which is 564 km away. And it was not very far ago, a proper road connectivity was established to this Karnataka-Goa border village from the comparatively nearer small and sleepy towns such as Hukeri, Sankeshwar, Konnur, Gokak and Nipani. For a geography popular for sugar factories, textiles and tobacco, something as contrasting as rocket science is not an unfriendly territory for the villagers here, and there isn’t anything unusual about the common sight of American or German engineers from global aircraft giants such as Boeing, Airbus or Bombardier casually walking around in this village now.

The little known village, Hattargi, currently supplies several critical machine parts to the world’s most modern aeroplanes such as Airbus A380neo, Boeing 787 Dreamliner and others.

The aerospace industry is emerging big in India and Hattargi is just one among the many industry hubs that has come up across the country in this space in the last 10-15 years. Although different in many aspects compared to India’s traditional industry sectors in terms of quality parameters and skill sets, this ‘zero-error’ globally integrated manufacturing sector is striving in India.

“Globally, aerospace manufacturing is worth about $100 billion, but India’s share has been only about $250 million as of now,” says Aravind Melligeri, who set up India’s first fully integrated and one of the world’s most efficient aerospace manufacturing ecosystems in Hattargi village eight years ago. “But with fully equipped facilities and fast emerging talent-base and innovation, India could be a force to reckon with by 2020,” says Melligeri.

Melligeri is the Chairman & CEO of Belagavi-based Aequs Aerospace and the promoter of Aequs SEZ, which houses some 22 manufacturing units, including JVs with MNC giants and forms almost the entire value chain of aerospace industry, ranging from precision machining to engine components. He believes that India’s aerospace manufacturers have achieved in leaps and bounds over the past few years in a fast pacing global industry.

India Takes Off
Although cost advantage is still one of the key benefits that India enjoys in attracting bigger aerospace contracts for the public as well as private sector companies, the exponentially growing aviation market and the significantly expanding defence requirement and expenditure, currently push the aerospace manufacturing and services industry here into the fastest pace of expansion.

India Brand Equity Foundation (IBEF) says, the civil aviation industry has currently guided into a new era of expansion, driven by factors such as low-cost carriers, modern airports, FDI in domestic airlines, advanced IT interventions and growing emphasis on regional connectivity. “India is the ninth-largest civil aviation market in the world, with a market size of around $16 billion, and it is expected to become the third largest aviation market by 2020,” claims the IBEF.

Witnessing a growth of 17.62 per cent over the previous year, India’s total passenger traffic stood at a 223.6 million in 2016, which was 190.1 million a year ago. Growth in passenger traffic has been strong since the new millennium, especially with rising incomes and low-cost aviation. During the last one decade (2006 to 2016), passenger traffic grew at an average annual rate of 11.8 per cent in the country according to IBEF estimates.

Defence Spend and Make-in-India
Defence purchase offset has been the traditional manufacturing opportunity for the aerospace sector in India. Offsets are benefits a buyer gets from a seller of  equipment. For instance, if India imports Rs 1,000 crore worth defence equipment from Sweden, the latter is bound to source raw material/service or any other product, which is normally connected to the product that is imported by India, worth certain percentage as fixed in the original trade agreement. The policy on offsets was first introduced as part of the Defence Procurement Procedure (DPP) 2005, and has undergone revisions since then. In January 2016, India’s Defence Acquisition Council cleared certain clauses of the proposed new Defence Procurement Policy (DPP), including raising the offset limit baseline to Rs 2,000 crore from the earlier Rs 300 crore.

Since this was mainly handled by the public sector companies, including the leader Hindustan Aeronautics, it wasn’t really helpful to expand the industry into the more agile private players. However, the scenario is slowly changing. Various policy reforms, especially in the obligations and structures of purchase offset, and the government-backed initiatives have worked tremendously well for the private sector players too, though it is still a high-investment, low-volume industry.
While the country’s pioneering aerospace industry was predominantly in the hands of the PSUs, the sector wasn’t able to come out of the traditional mindset of limiting its scope of activities into purchase offset needs and mainly catering to the defence sector. But, now with the inclusion of private sector into mainstream defence production, the sector is bound to see a revolutionary growth.

The government’s Make In India project too helped create a new wave in the aerospace industry both in the civil aviation as well as defence segments. Under the initiative, the country saw at least a dozen high investment projects in both these segments combined.

With rising passenger traffic and increasing defence expenditures, the demand for aircrafts is expected to increase, states a 2017 sectoral report by industry lobby CII. According to the report, Boeing expects a demand of between 900 and 1,000 commercial aircraft worth nearly $100 billion in the next 20 years. This also suggests that a significant portion of business opportunity could accrue to India, due to the associated offsets. The defence offset policy has been under implementation and a formal civil offset policy is also expected to follow shortly.

The state, no doubt, is set for growth. In fact, the total spending in the sector for the next five years is expected to be $25 billion for commercial aircrafts and $100 billion as defence expenditure. About 15-20 per cent ($15 billion-20 billion) of defence expenditure is expected to be spent on military aircrafts. Assuming an offset of 30 per cent for the civil sector too, the total offset opportunity for the aerospace sector is valued to be at least $10 billion-15 billion.

Agile Private Sector
As Indian manufacturing capabilities mature over the years, it is expected to capture a large share of this opportunity. The Indian aerospace industry is one of the fastest-growing aerospace markets in the world with an expanding consumer base comprising airlines, businesses and high net worth individuals.

The rapid growth of this industry has attracted major global aerospace companies to India. All segments in the aerospace industry, including civil and military aviation and space, are showing a significant level of growth. Several micro and macro factors are driving growth in the sector. Strong economic growth, which has resulted in rapidly growing domestic aircraft demand, the liberalisation of civil aviation policies, a strong domestic manufacturing base, cost advantages, a well-educated talent pool, the ability to leverage IT competitiveness and a liberal SEZ law, are all playing a role. As a result, India is currently home for research, manufacturing and assembly offshore units for most aerospace MNCs. GE Aviation, BAE Systems, Honeywell Aerospace, Lockheed Martin, Raytheon, Boeing are among the top players operating in the country.

Although, the home grown players such as HAL, Electronic Corporation of India and Bharat Electronics still have critical market share, several new generation players and corporate groups such as Mahindra & Mahidra, L&T, Godrej among others are also striving in the local space.
Certainly, the more agile new generation entities including Aequs Aerospace, BrahMos Aerospace, Acumen Aviation, Altran India, Apollo Microsystems, BytzSpft Technologies, Cades Digitech, Calsoft Labs, Drone Aerospace among others have made the private sector presence stronger in India in their respective areas of capabilities.

The CII report adds, “As a support service to the growing aviation industry, the aerospace segments like maintenance repair and overhaul (MRO) services will also grow with the industry. Additionally, the globalisation of MRO services, manpower cost competitiveness, the availability of talent, locational advantages and the presence of specialist capabilities combine to make India a potential global/regional MRO hub.” India’s MRO segment is estimated to grow at 10 per cent and reach $2.6 billion by 2021.

Getting To New Orbits
While the once-dominating public sector units almost remained in the same business, some of India’s private players walked the road less travelled. For instance; Aequs Aerospace, which was the first to set up a complete aerospace manufacturing ecosystem at one location, perhaps the only one of its kind in the world, is now building the machining capability that is nearly two times of other countries’ capacity.

Nevertheless, Mahindra Aerospace’s challenging journey to build one of the most integrated service and manufacturing value chain, has now become India’s first original equipment manufacturer (OEM) to build and commercialise utility aircraft in the world.

According to Mahindra Aerospace chairman S.P. Shukla, it is currently the only Indian OEM producing and selling utility aircraft globally. Mahindra Airvan, the utility aircraft that flies in various roles like ferrying passengers, air ambulance, cargo carrier, surveillance and patrol among others, is in service in over 30 countries. “Also, we have successfully adopted the ‘Make in India’ philosophy and manufacture most components and aero structures for this aircraft at our Bangalore plant,” he adds.

“Moving forward we hope to have an opportunity to manufacture aerospace platforms for the defence services in our country,” says Shukla, who is also heading the group’s defence systems business, Mahindra Defence Systems.

Similarly, India has its share of credit in the world’s first ‘connected’ aircraft technology, developed by Honeywell Aerospace, which has a significantly large R&D team based out of Bengaluru.

“With the rising demand for domestic flights in India, Honeywell’s integrated services and solutions are empowering the region to evolve into a global hub destination for MRO services and to give airlines access to seamless software and technology support at the push of a button,” says Neelu Khatri, president, Aerospace, Honeywell India.

According to a 2016 budget proposal report by consultant KPMG India, the sector may see a significant growth trajectory, with defence remaining within the government’s high priority focus area and in view of the government’s commitment towards fine-tuning of policy and regulations. But, it cautions about the urgent need of technology inflow and a conducive policy environment.

“As a nation, we are certainly not lacking in terms of capability and resources. With an abundance of qualified manpower, skill intensive manufacturing capabilities, a booming auto industry and a leading IT base, it is quite evident that India possesses the essential ingredients to create a strong domestic defence manufacturing base. What is lacking is the inflow of sophisticated technology, says the KPMG report. With further enhancement of the FDI limit, critical technology may flow in. The government should provide a level playing field for private players.

With a little more impetus from the government’s end, India could well become a major defence and aerospace manufacturing hub in the next 15-20 years.